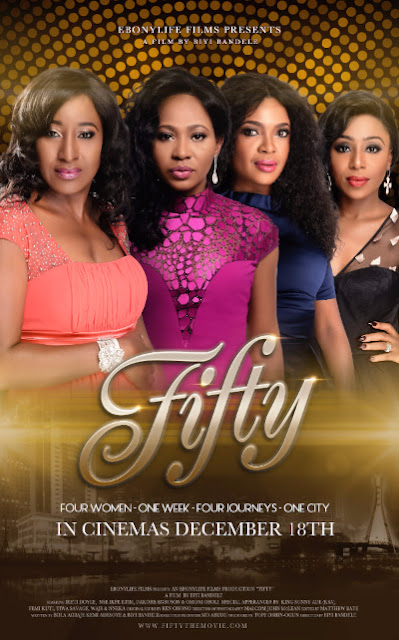 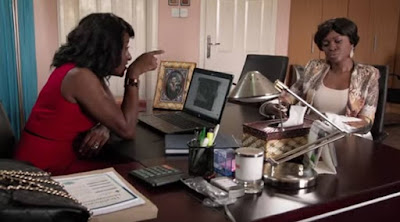 Directed by Biyi Bandele and executively produced by Mo Abudu, FIFTY, captures a few pivotal days in the lives of four Nigerian women at the pinnacle of their careers. Tola, Elizabeth, Maria and Kate are forced at midlife to take inventory of their personal lives, while juggling careers and family against the sprawling backdrops of the upper middle-class neighbourhoods of Lagos. 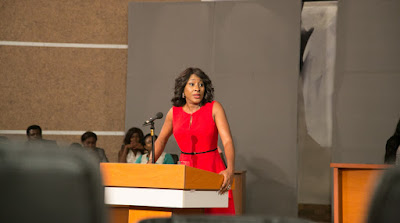 The trailer is a sneak peek into this tender but unflinching exploration of love and lust, power and rivalry, life and loss in twenty-first century Lagos. The four lead characters, six-inch heels, partying hard and loving strong, with courage and fortitude, navigate life’s unending curveballs.
Fifty will premiere in a special grand Lagos ceremony on the 13th of December 2015 at The Eko Hotel & Suites, Victoria Island, Lagos and will be released in cinemas nationwide on the 18th of December 2015.

Watch the Trailer below