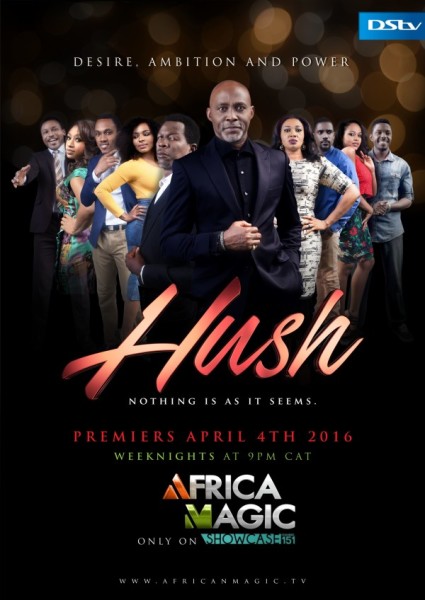 On the 4th of April 2016, viewers across Africa will welcome a new and exciting telenovella to their screens as Africa Magic premieres "Hush"

Hush is centred around Bem and Arinola, power-players in fashion and politics respectively. Bem,( played by Richard Mofe-Damijo), is one of Africa’s biggest designers based in Lagos State, Nigeria, and Arinola, (played by Thelma Okoduwa), is one of the state’s fastest rising politicians.


The drama comes to live when Bem proposes marriage to Arinola, an action that sets in motion a chain of events propelled by the secrets in their respective lives; secrets that run through the backrooms of secret societies, the corridors of the judiciary, and on social media.
Hush premieres on April 4th, 2016, on Africa Magic Showcase (DStv channel 151). The telenovella will air weeknights at 9pm CAT