Steve Aluko In Studio Session Tips: 10 Tips For Getting The Best Out Of A Vocalist In The Studio 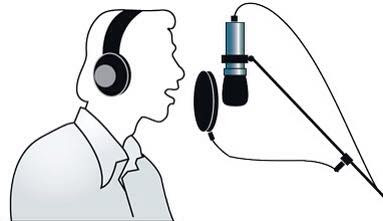 Great vocal performances captured well in the studio can be the making of a record. To do it you’ll need more than technical skills, because one of the easiest ways to influence a good recording performance does not only require a knob or fader manipulation. It requires you to be positive and supportive to the artist(s), as these tips reveal. Most of these tips can also be applied to instrumentalists as well.

1. Talk to them!
Never leave your singer in the studio without getting on the talkback microphone and telling them what you’re doing. If you need five minutes to restart the computer then tell them. Your verbal feedback can be a big influence on their performance – encourage, support and guide them. Remember that a live room/vocal booth can be a lonely place for a singer.

2. Make sure their headphone mix is right for them.
During recording, the mix in the control room is almost irrelevant, but the mix the singer hears is crucial to getting a good take. How much of their own vocal and reverb they hear in the headphones varies between singers – so ask them! Many engineers do the whole tracking session whilst monitoring the foldback mix, just to be sure. Also worth checking is that the headphones aren’t so loud that they spill into the microphone.

3. Get your levels right.
As the singer warms up and begins to settle into the session, they’re likely to sing louder, so leave some headroom. If you don’t, then it’s possible that when they give that ‘once in a lifetime’ performance it will have clipped and distorted. If you’re recording at 24 bit then you’ll have plenty of headroom, so better safe than sorry. If you want to make the most of your input level, you could try some compression on the way in, though don’t compress too heavily as you can’t uncompress later on.

4. Get the studio atmosphere right.
Make sure the recording room is at a suitable temperature – too cold and they won’t be able to sing, too warm and they’ll pass out! Would the mood be better with subdued lighting? Is the room too cluttered? Different singers prefer different settings – so again, ask them!

5. Keep them at a constant distance.
If you’re tracking multiple takes or even punching in on certain sections, then make sure that your singer remains at a constant distance from the microphone. Otherwise both the level and tone will change each time, and will make editing takes difficult. A pop shield is a useful guide for them to get up to, as well as stopping pops.

6. Less people around the better.
Most singers feel more comfortable singing when there are less people hanging around (though there’s no accounting for egos!). So send the band away, get rid of the hangers-on and let the singer relax without feeling like a goldfish in a bowl. Exceptions to this may be the songwriter, producer, close friends of the singer(if requested) or anyone else taking a production role. No strangers though!

7. Keep track of time.
Singers take a certain amount of time to warm up, which is a good time to make sure you’re using the most suitable microphone for their voice, and that everything’s working. The singers’ performance will start to deteriorate if you push them for too long without a break, as their voice gets tired. Ideally you should catch ‘the perfect take’ when their ideas and voice are at their peak. Remember that just because you can work long marathon sessions, a singer’s voice can’t.

8. Give them a drink (Preferably Natural Water).
Don’t put a singer in front of a microphone without making sure they’ve got a drink next to them. If you’ve worked with the singer before then you should remember what they like to drink whilst recording and make sure they have it in stock.

9. Keep the vibe right.
The way you behave with the singer will greatly affect the results you get from them. If they get frustrated then you need to encourage them and keep their spirits up. If they’re unsure about their performance then you need to guide them. Build a rapport with the singer, whether it’s through humour or through discussions about music or other common ground. And most of all, pay attention during recording – there’s nothing more off putting to a singer than an engineer or producer who doesn’t even look bothered about their performance.

10. Listen carefully to each take.
Make sure that you’re completely satisfied with what you’ve recorded before you let them go. What might seem like an acceptable performance at the time may well seem like a hideously out of tune recording after listening to it many times during the mixing stage. The trick is to spot any serious defects at the time and decide whether they are acceptable or can be edited into shape. Keep notes about each take to help you.

Thanks Guy and always remember to keep the creativity perfected.