"4-1-Love," Movie Is Set To Premiere In Cinemas This August. 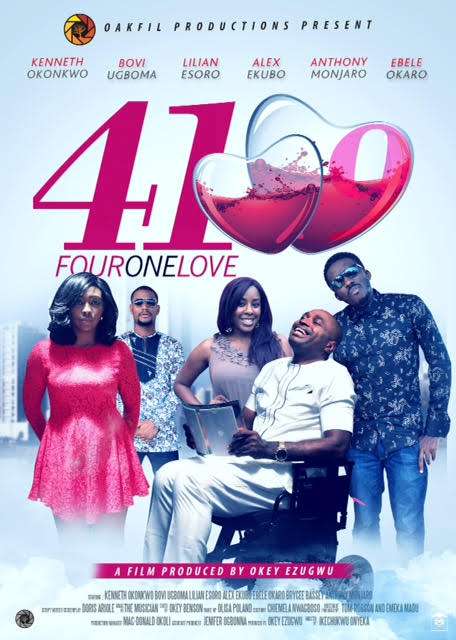 According to Okey Ezuguw who produced the movie, "4-1-Love" will premiere in the first week of August 2016.

The film is about a young woman Uju Amadi who has lofty dreams of being a world-renowned poet. She uses a pen name online and develops quite a large following. Her poems on love and healing are a balm to the soul of a wheel-chair-bound millionaire, Philip Obodo (Kenneth Okonkwo) who is grieving the loss of his teenage daughter.

The two have a special online connection but unfortunately, Uju in reality, is in a relationship with an Internet con-man Osazie, who specializes in online romantic scams where he cons women out of money.