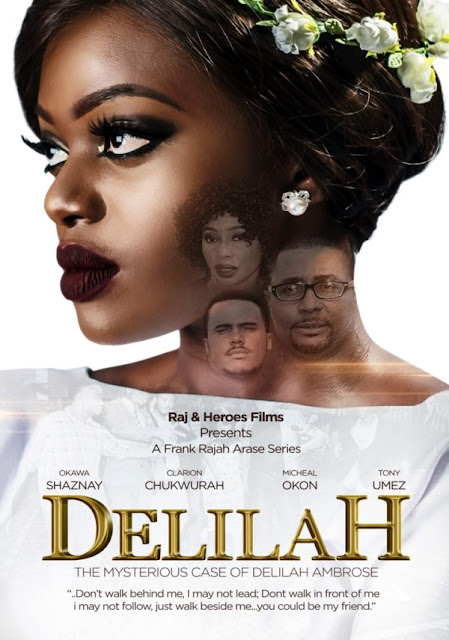 She defies with her persona…Delilah’s world becomes an open book the moment her husband dies. Stories of past men, stolen wills, mysterious disappearances and death are sensationalized in the biggest court case in the city. With her powerful Attorney Jason Attah (Michael Okon) at her side, Delilah Ambrose (Okawa Shaznay) fights to preserve what’s left of her mysterious identity and clear her name. Will Delilah be able to prove to all that she is nothing more than a misunderstood sophisticated Woman? Or is she hiding a secret life that threatens all who fall prey to her? This is the Mysterious Case of Delilah Ambrose.