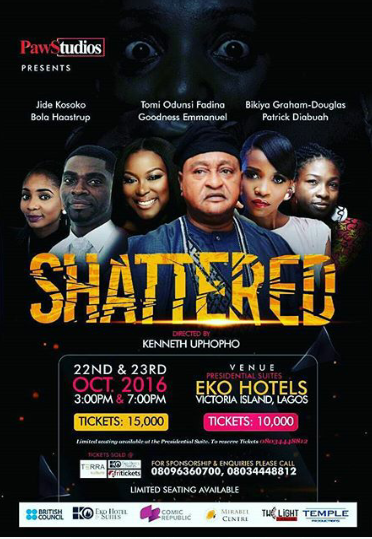 Shattered, is a stage play that is based on Bode Asiyanbi’s entry for BBC story writing competition portrays the culture of silence and the society’s complacency on the issues of rape. It examines the series events that happen after a rape has occurred while encouraging the community and victims of sexual assault to break the silence.

The story was adapted into a play by Kenneth Uphopho, a critically acclaimed theatre director and festival director of the Lagos Theatre Festival.

The play is powered by The Performing Arts Workshop and Studios (PAWSTUDIOS), Eko Hotel and Temple Production Foundation, Comic Republic, The Light and Mirabel Centre.