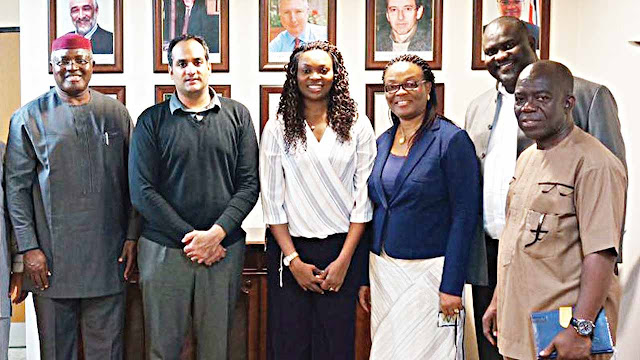 To ensure that protocol practitioners in Nigeria are rebranded to meet international benchmark, the British Deputy High Commission, in collaboration with Synergy Systems Consults United Kingdom (UK) Limited, hosted industry experts to a workshop and networking reception on how to harness better ways of working in the future.

Speaking at the pre-inaugural summit of the Association of Certified Protocol Practitioners in Nigeria (ACPPN) and networking reception, themed: “Enhancing Professionalism, Productivity and Integrity in Nigeria’s Economy through Protocol Practice,” the British Deputy High Commissioner, Ahmed Bashir, commended the association’s vision of rebranding the concept of protocol practice in Nigeria. Bashir, who emphasised the need for the right partnerships that would enhance its values in raising global standards, also applauded the partnership collaborations of Synergy Systems Consults (UK) Limited and Nigeria to harness better opportunities for a sustainable future.

Also at the event, President of the association, Patricia Kenneth-Divine, described the ACPPN as the power of vision to rebrand protocol practice, raise standards through professionalism, productivity and integrity and influence significant change in the protocol industry.

Mrs. Kenneth Divine, who said that the group is working with the British High Commission, which has been of huge support for years, even before the association was given birth to, added that the UK has given them direction in terms of workshop, been a strong ground for capacity building as some protocol officers have benefited from trainings in the UK on a friendly ground on which they are working.

Calling the event a giant step in the right direction, Mrs. Kenneth-Divine said the event would go a long way in boosting trade between Nigeria and the UK and even beyond that, putting Nigeria where it is supposed to be in terms of creating a better goal of the society and wellbeing of the country.

On the rebranding concept, she added that they are giving it a new approach and raising the profile of protocol practitioners.

Also, the immediate past High Commissioner to Kenya and chairman of the association’s Board of Trustees, Ambassador Akin Oyateru, said the vision would increase awareness, improve code of conduct practice and embrace the right regulations, certifications and interface with the right resource persons that will enhance professionalism and delivery.

Mrs. Kenneth-Divine said the rebranding concept of protocol practice would open doors for big businesses as protocol practitioners carry their brands everywhere, which would increase partnership and investment opportunities.