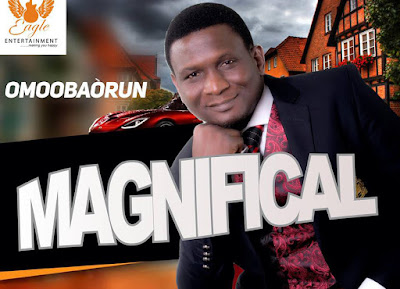 Lekan Ogunyinka popularly known as Omoobaorun is out with a new promo video for his song titled ‘MAGNIFICAL’.

We all love Omoobaorun! Fans have been anticipating a new video from him since his album released last year.

Omoobaorun wrote about the song saying:
I am so excited to present to you the promo video from my album. This song is title “MAGNIFICAL”, which simply means “God's Glory” I had the great pleasure of working with my amazing director Sayo Aluko, the video was shot in the city of Lagos, Nigeria.

Check it out below!