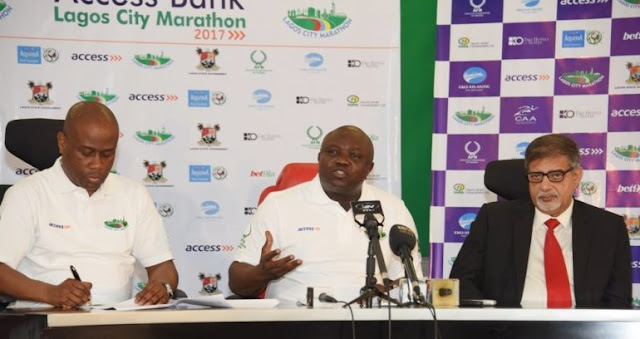 The maiden edition of the Lagos City Marathon was held in 2016. About 30,000 participants took up the challenge to run for a title, for health, and in support of various causes. Kenya’s Abraham Kiptum performed brilliantly to win that race and claim the victor’s title in the men’s race. The female category was won by Ethiopia’s Halima Hussain. For the Nigerian field, Philip Sharabutu claimed first place in the men’s competition, while Oluwaseun Olamide did same in the women’s category.

This year, marathoners from across the world will compete at the event, which is ranked second among Africa’s marathons by allAfrica.com. Thousands of dollars in prize money will be given to participants who finish in the top 10, as well as to the first 20 Nigerians.

Registration forms for the marathon can be picked up at all Access Bank branches nationwide, or at the Teslim Balogun Stadium in Surulere, Lagos. Registration can also be done online.

The race will kick off at Western Avenue, in front of the National Stadium, and the finish line will be on the periphery of the Eko Atlantic city, Victoria Island, Lagos.

More information about the Lagos City Marathon can be found on lagoscitymarathon.com.