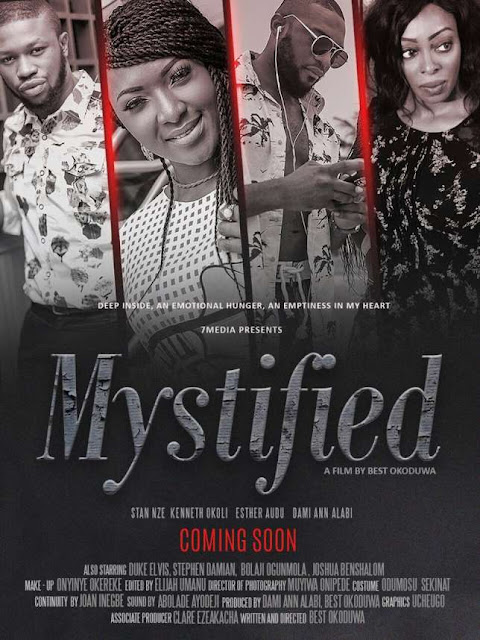 Mystified will be premiered Both in Nigeria and UK in June 2017.

Heartbroken Thelma decided to erase romantic relationship from her existence despite the consistent pressure from her best-friend Susan until two organized Jokers Teddy and Fred decided to tease her a little.

It wasn’t the end they all anticipated as an intricate web gets them all stuck in a bad deal set up by Tee (Duke Elvis) Susan’s dumb baby brother.

Written and Directed by Best Okoduwa