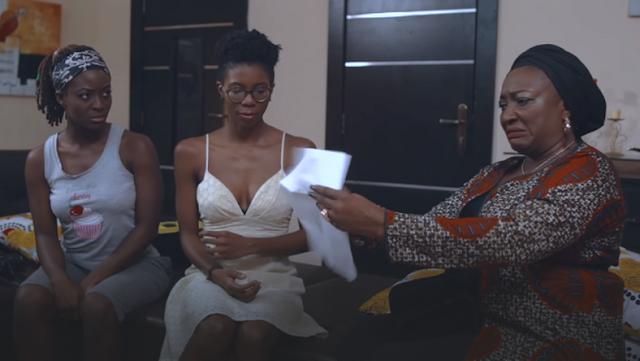 ‘Man of her dreams’ features On-Air Personality, Folu Storms and Rekiya Atta.
This will be the first film production starring the AMVCA recipient in 2019.

Also featured on the web series are Sonia Irabo - the daughter of Soni and Betty Irabor - and Eso Okolocha.

'Man of her dreams' tells the story of Kari, played by Sonia Irabor, and her friend Ladi, played by Folu Storms. Kari has a man in her dreams - Eso Okolocha, whom she met in real world when he was introduced to her by her mother as the new tenant.

The web series is a production of Aghahowa’s new YouTube platform, Bukafedgeeks. According to Aghahowa, new episodes are released daily between Monday and Friday.

‘Man of her dreams’ premiered on Monday, February 25, 2019, and already has three episodes.