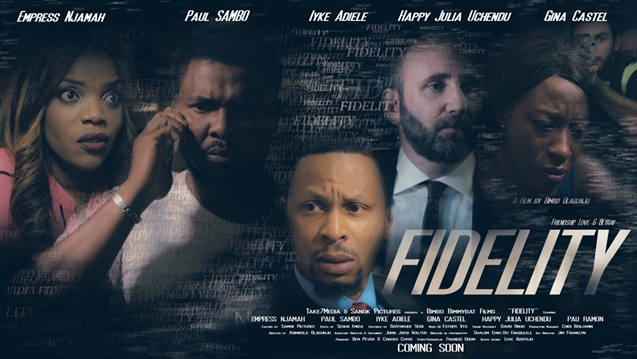 Fidelity was produced by Bem Pever and Chucks Chyke. Directed by Abimbola Olagunju. It will be released in the last quarter of 2016.

“Michael and Dele are best friends who run an Internet fraud ring in Spain. When they are tracked down by Spanish police, Dele takes the fall for their crimes, and is sent to prison. Michael moves back to Nigeria, where he proceeds to live discreetly. After serving his prison sentence, Dele also returns to Nigeria.

Dele proposes one last cybercrime, targeting a bank, which could give them their biggest payoff yet. Michael hesitantly agrees, and as part of the job, he has to seduce a staff of the bank, Sophia. In a twist of fate, Michael falls for Sophia, and becomes friends with her little son. Michael starts having second thoughts about the job, and begins to stall. This makes Dele uncomfortable, and things soon get out of hand.”